Today I’d like to share a wonderfully evocative piece of writing describing some adventures during the July heat on the Mawddach written by DoubleSkinnyMacchiato, the celebrated coffee blogger – who in the interests of full disclosure also happens to be my daughter, Bex:

A Summer Weekend on The Mawddach 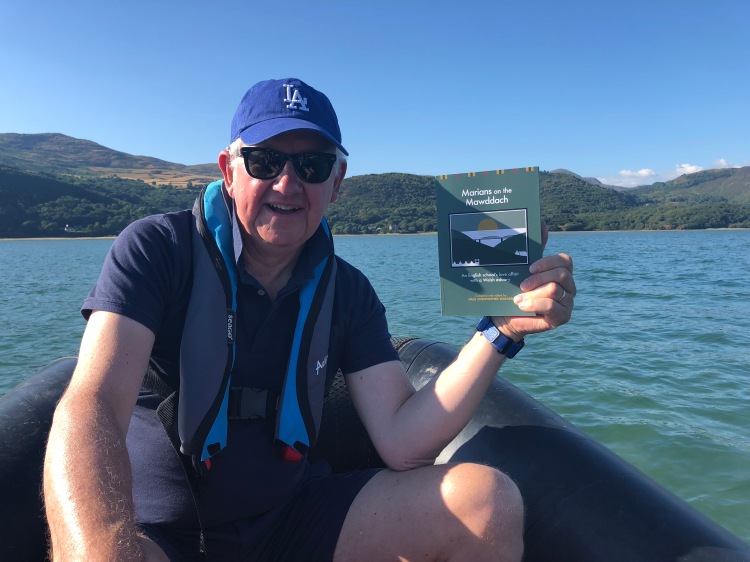 A blissful Summer’s evening cruising on the Mawddach thanks to the wonderful efforts of John at Mawddach Boat Rides: Navigation and commentary from Barmouth harbour to the Farchynys headland. 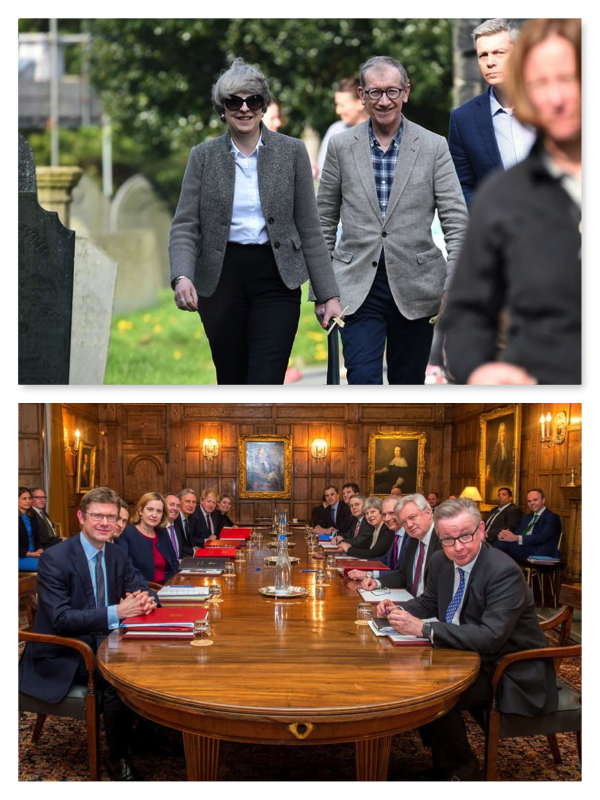 Read how the first English Brexit resulted in the foundation of Queen Mary’s School here: 1554 and all that

I am by now well accustomed to being asked questions prompted by the title of my book. “What exactly is the Mawddach? this is usually said in a brittle Anglo-Saxon fashion that makes it sound like a dark territory of Middle Earth rather than beautiful estuary in Merioneth, and so provides me with a perfect opportunity to deliver a short Welsh lesson followed by a quiz.

I am also frequently asked “What is a Marian?”, often with an equally puzzled expression. When I have explained that it is not a typographical error for Martian, but the name given to past and present students of Queen Mary’s Grammar School, I then have to explain that this Queen Mary, is not Mary, Queen of Scots, but in fact her cousin, Mary Tudor, our first queen regnant; and I soon find myself slipping into that familiar narrative by referring to her as ‘that Bloody Mary’, who burned all the Protestants at the stake and lost Calais – not a brilliant backstory, perhaps, for the Founder of our school.

But especially in July, when we celebrate our foundation, I think it’s time to cut Mary some slack and to loudly  declaimVivatRegina! Incidentally, our school wasn’t her only foundation. In the educational ruins of the English Brexit from the Catholic Church, Mary also founded schools in Clitheroe, Leominster, Boston, Ripon and Basingstoke.

It was on Mary’s way to Winchester to marry Phillip, the Habsburg Prince of Spain, that two Walsall brothers, George and Nicholas Hawe, along with two other well-positioned notables with reputations at court, petitioned the Queen to let them build a school to fill the gap left by the destruction of local Chantry chapels. The result, was the granting on July 2ndof the Letters Patent which laid down a school“be created and established for the teaching, erudition and instruction of boys and youths…. which shall be called The Free Grammar School of Queen Mary at Walsall.”

So, was this the reputational high point of the only British monarch we call after a family name rather than a regnal number? David Fink, in his magisterial history of the school draws on Venetian ambassadorial dispatches to imagine a marvellous scene at the moment of signature and then adds:

“With the rest of Mary’s life, a Marian is in something of a quandary, not to say dilemma. He must be truthful and not gloss over distressing facts; at the same time, his gratitude must lead him to a favourable interpretation wherever possible.”

Sixty years after David Fink wrote these words, the dilemma has been made much easier to resolve by the fruits of recent scholarship.  Three strong academic biographies and Eamon Duffy’s Fires of Faithhave paved the way for a significant reappraisal of Mary and her reign. Duffy’s book includes a forensic re-examination of Foxe’s Acts and Monuments, the famous account of the Protestant Martyrs, which through the centuries has caused the Marian regime so much reputational damage: much of which, today, we might well label as “fake news.”

Mary, far from being the inept and hopeless religious fundamentalist, appears for today’s scholars to be confident and decisive, full of courage as well as conviction, and possessing great political nous. She was also for a Tudor – and despite mistreatment by a quite appalling father – very likeable – she was generous to friends, fond of fine clothes (my favourite portrait is the 1544 by Master John), and apparently, addicted to gambling with cards and dice.

Mary’s personal motto was Veritas Temporis Filia– Truth is the daughter of time – which seems incredibly appropriate for a queen we are only now beginning to understand. Thanks for founding us, Mary, and starting all our journeys to the Mawddach. 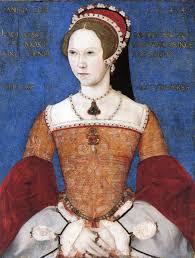 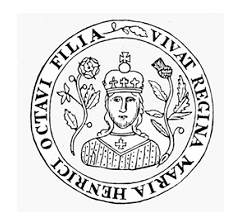